Assist government with the tuberculosis campaign

According to the World Health Organization, the United Republic of Tanzania is one of the 30 countries with the highest burden of tuberculosis (TB) in the world . 142,000 people (253 per 100,000 population) fell ill with TB in 2018, of whom 40,000 (28%) were people living with HIV. However, only 75,828 people with TB were notified overall, leaving 47% of people still unreached by the national TB services. Educating the population in rural areas about TB and, particularly, ensuring they come to a health clinic to be tested continues to be a major challenge.

The Babati District, as part of its TB campaign, reached out to Karimu to assist in the outreach efforts. The Dareda Kati dispensary in Ayalagaya is one of 3 TB clinics in the district serving not only Ayalagya and Arri, but also neighboring wards. Karimu worked with the government and the local dispensaries to develop educational posters, create an audio recording, print flyers, and develop video content about TB symptoms, testing, and treatment that would drive symptomatic residents to the clinic for testing. Posters were hung at all dispensaries, village offices, schools and popular stores in the area. 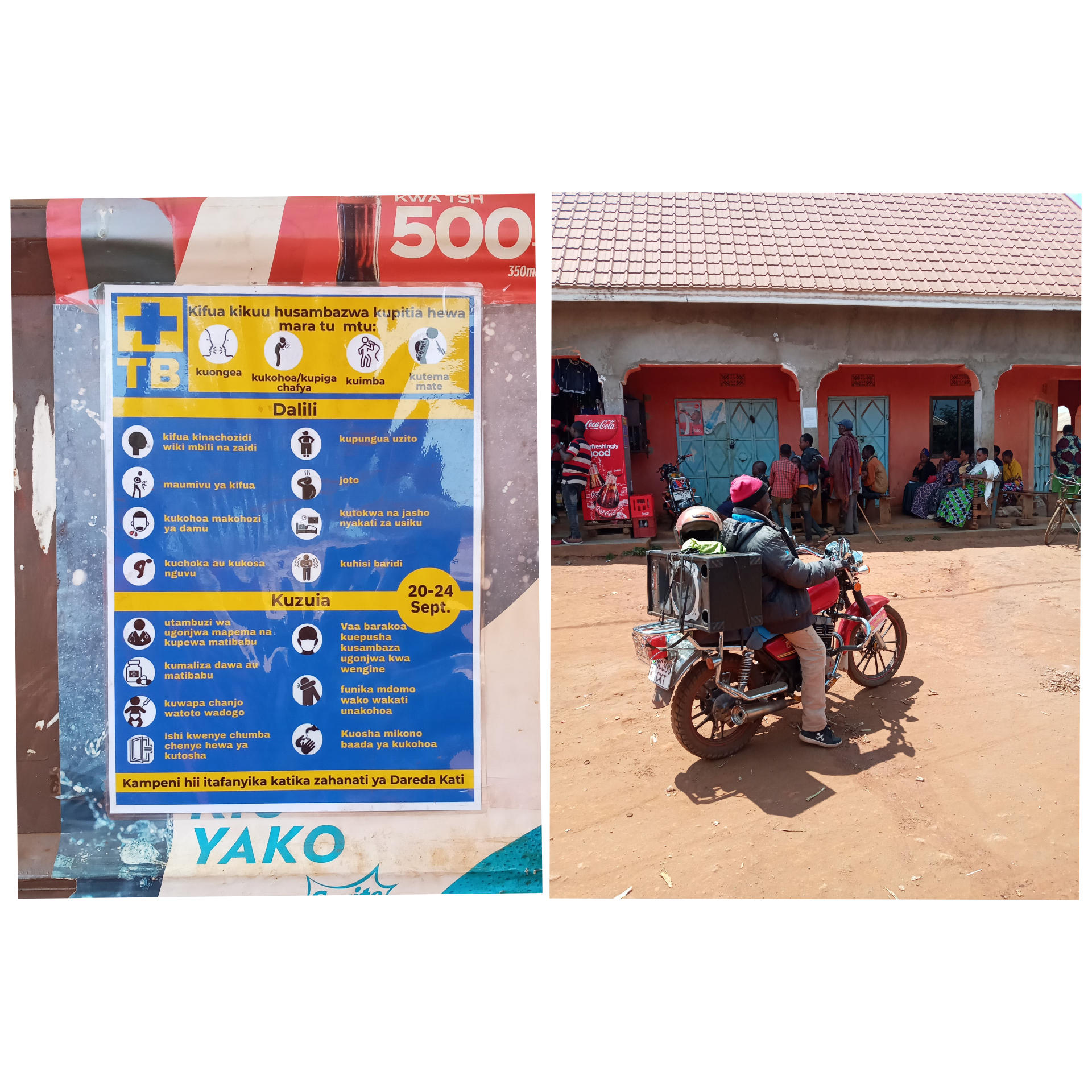 Posters and motorbikes with audio recordings distribute information about TB and the testing campaign.

Motorcycles playing audio recordings covered the entirety of Ayalagaya and Arri ward plus nearby villages and areas served by the Dareda Kati dispensary in Maskta, Endasaki, Duru Madunga, Magugu, and Signio wards over 7 days. Video content was included in the TV education that plays in the waiting rooms at Dareda Kati and Gajal dispensaries. Flyers and education were given to every student in Arri and Ayalagaya to take home on the day the campaign started. 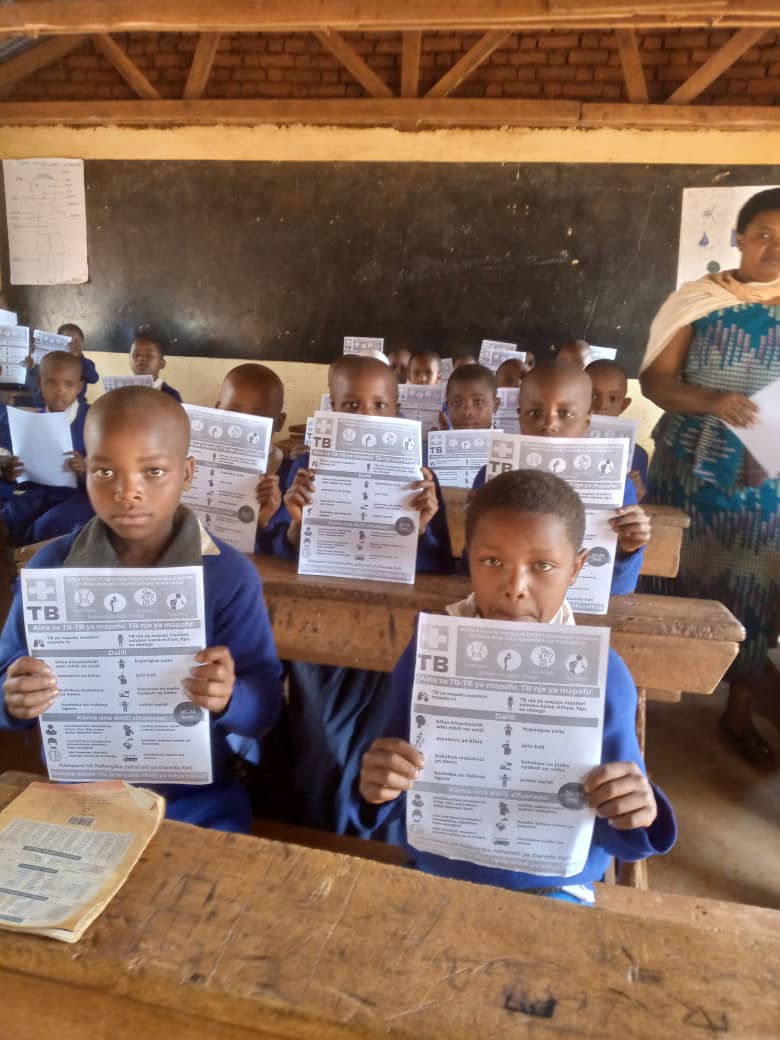 All school children receive flyers about TB to take home

The district TB coordinator working with Karimu staff and medical staff was on hand for the full week of the campaign and provided education to those waiting for testing. 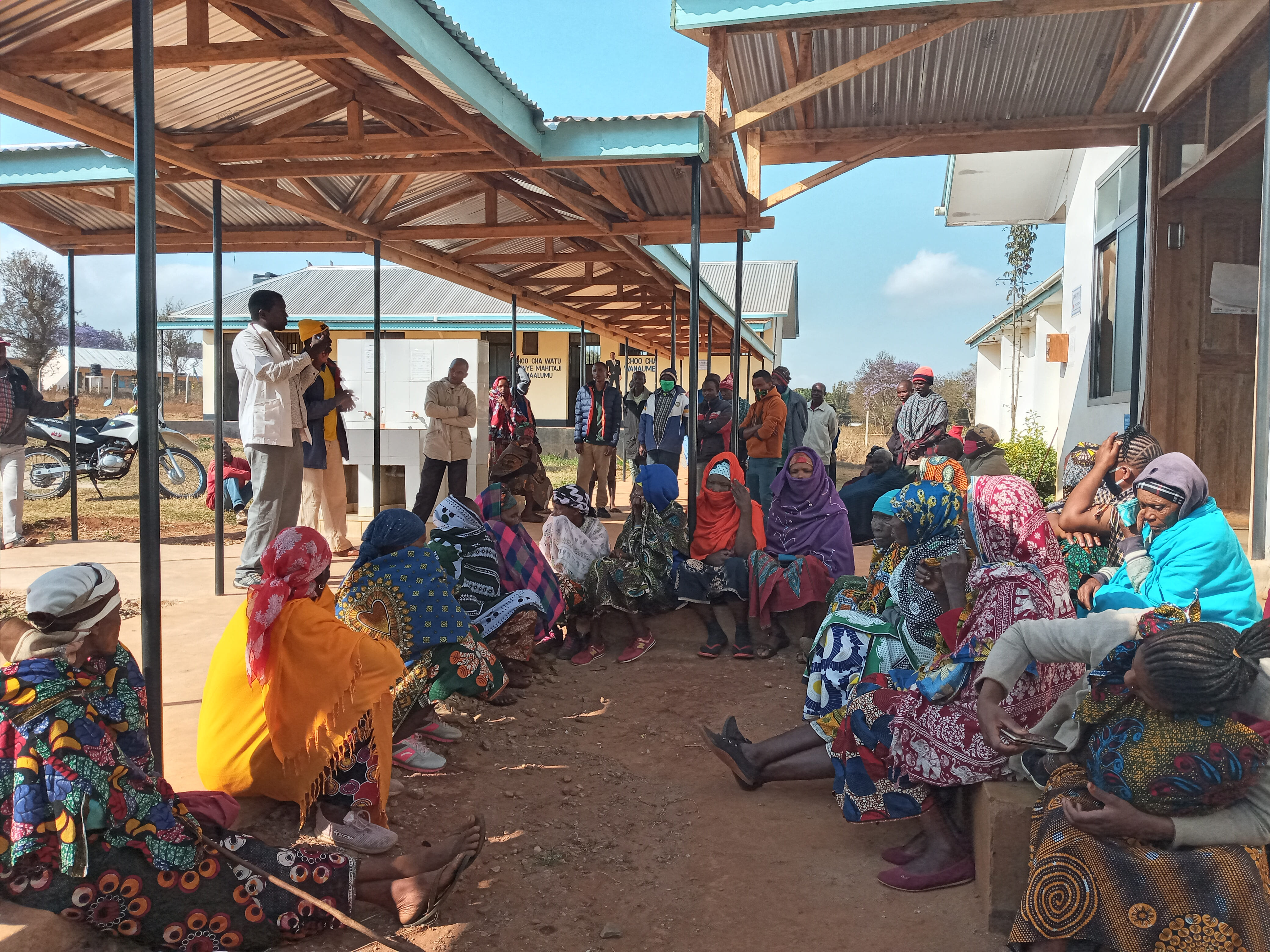 The district campaign coordinator educates those waiting for tests about TB

We are very happy with the community response with many, many people coming in for testing.

The government provides all the testing kits needed for the campaign. 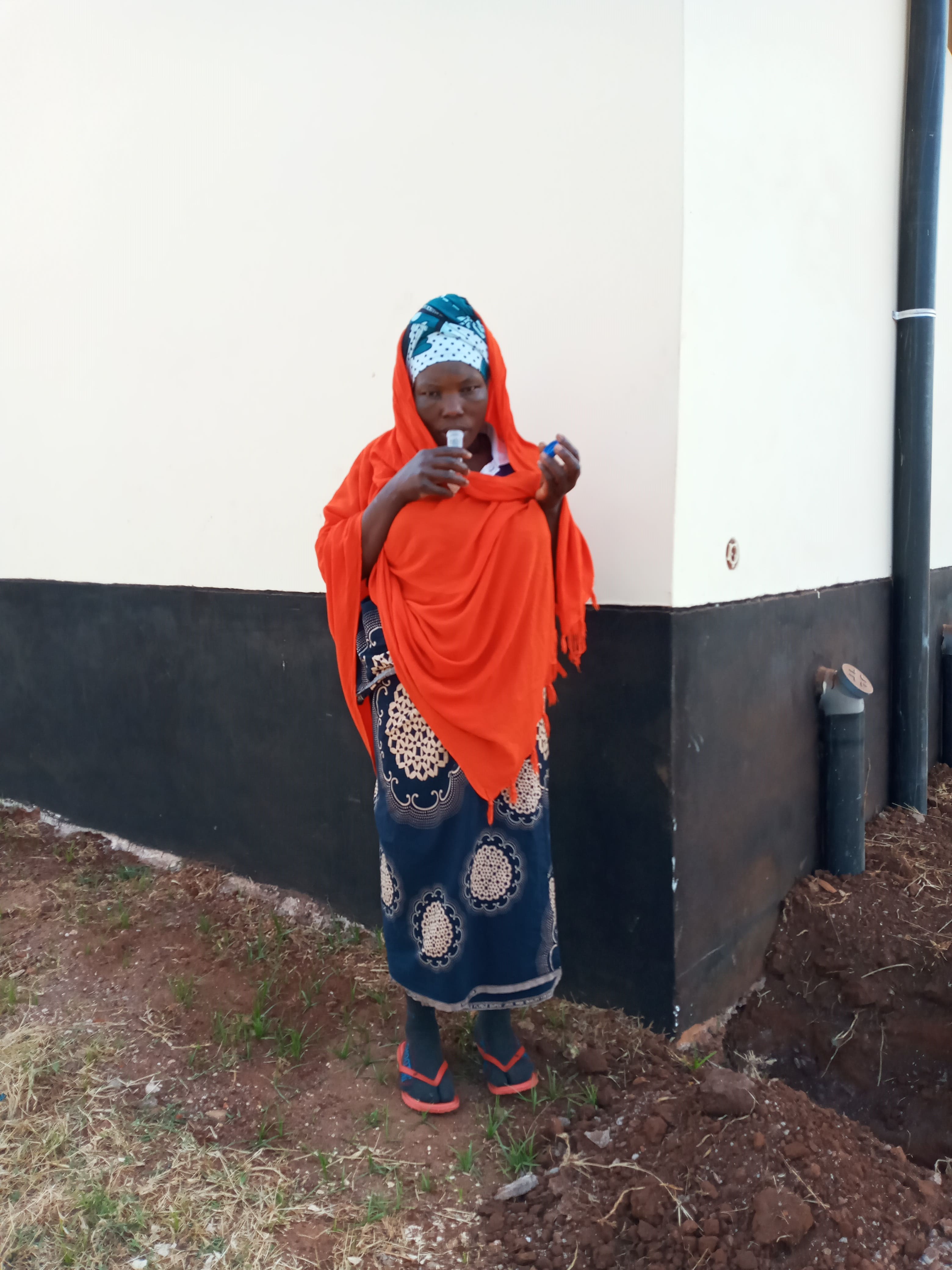 A resident gives a sputum sample for TB testing

The initial campaign resulted in screening 204 patients for TB, 126 samples collected and 38 new cases diagnosed. All family members of diagnosed patients have also been screened. The campaign results indicate that more awareness and focus is needed to identify all TB cases and we are continuing to work with the government to run the campaign quarterly until the number of positive tests identified during the campaign period are about the same as those outside the campaign period.