The arrival to the village of Dareda was truly magical. After nearly a three-hour car drive we were undeniably exhausted and (for the newbies among us) unsure what to expect.

As we approached the village of Dareda we could feel this energy changing. Slowly, people started to appear on the sides of the rural dirt road as our car past. Their faces excited and hands waving, it wasn’t long before we started to mirror them.

The anticipation built in the car as we drew closer, until we rounded a corner and there they were. A wall of joy and excitement 10 feet high. Their singing voices and cheers sent vibrations through the walls of the car and right to our bones. The villagers of Dareda were gathered in a massive celebratory crowd to welcome us. An organized group of dancers jumped up and down in front, straight as spears, chanting. Another choir sang in complex church harmonies. Those not apart of a group waved leaves and threw flowers. 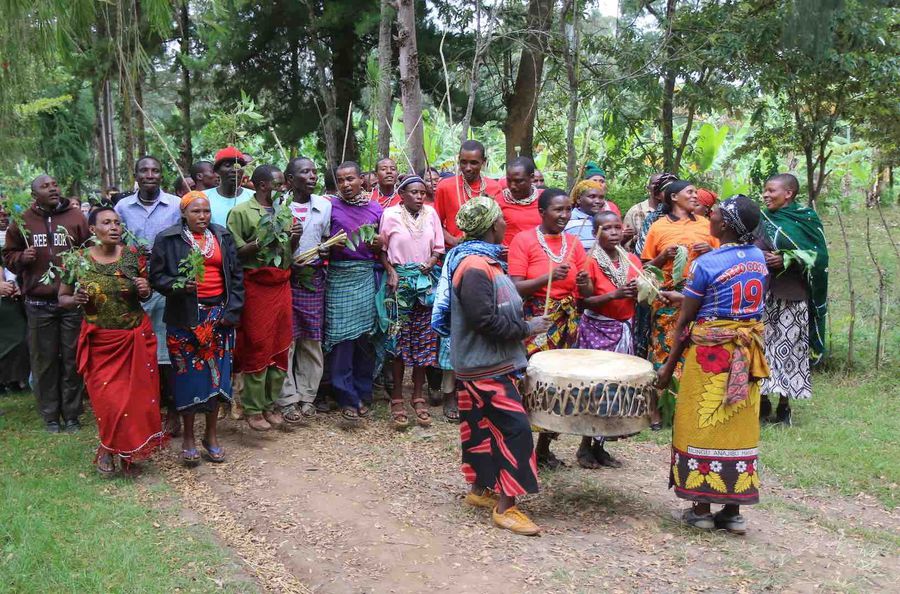 The doors of the cars lurched open and it was as if we floated into the crowd on a wave of our collective energy. Each of our hands was grabbed by a child who pulled us into the center of the gathering, chanting choirs following all the way.

The pure joy and elation I’m sure we all experienced at this moment is truly rare and near impossible to describe.

What followed was an opening ceremony of sorts, where various choirs sang and danced, and community leaders spoke. The overwhelming theme of the event was gratitude.

Even though few of us spoke their language and few of them spoke ours, we could feel their love and their thanks, and I know they felt ours in response.

None of us could have hoped for a more magical welcoming to our time in Tanzania. So now as the sky goes dark we go to our beds. Full of dreams of what new magic tomorrow may hold.