A Better Future for Mothers and Babies

Marianne Kent-Stoll and Don Stoll, founders of Karimu International Help Foundation, first visited Dareda Clinic more than a decade ago. They found no running water, no private toilet, and only two rooms to serve thirty-nine thousand people in Ayalagaya Ward and the neighboring wards. Patients lined up outside. When it rained, they huddled beneath a tree. When women in labor came to the clinic, they had to use the nearby public pit latrine.

Karimu installed three toilets and two showers, as well as sinks in the exam rooms. The people of Ayalagaya were grateful but they needed more. The clinic remained overcrowded, and babies brought in for checkups had to be weighed on a scale hanging outside, from the branch of the same tree that gave shelter from the rain.

In 2016 Karimu opened a new clinic, to which it has recently added a maternity wing and a building for overnight patients. The new facility, called a "health center" in Tanzania, has made a significant impact on the lives of mothers. Compared to 2017, eighty percent more women receive regular checkups during pregnancy. Women in labor no longer have to walk or find someone with a motorcycle for the journey to Dareda Mission Hospital, six miles from the center of Ayalagaya Ward but much farther for many Ayalagaya residents. 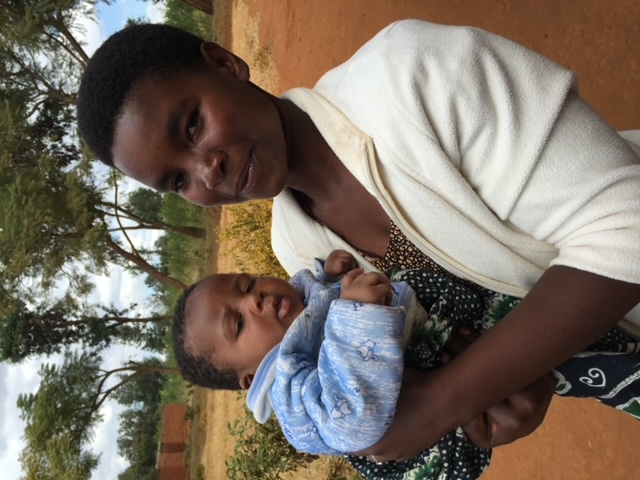 The women noted that the health center is the cleanest facility they have seen. They do not have to bring their own sheets, as they did when delivering at the old clinic, and the health center staff is compassionate and trained to handle emergencies. One woman reported that her last child, delivered at the health center, was born with the umbilical cord wrapped around his neck. She says he would not have survived a home delivery, but that Dareda Mission Hospital's remoteness often made home delivery the only option.

The women are grateful not only for the new health center, but for the years of midwife training offered by Karimu. Midwives now assist very few home births. They advise women to use the health center instead. Yet they provide essential support to mothers by checking in, advising, and working closely with the health center staff. Their intimate knowledge of the women they work with is crucial to the health and wellbeing of mothers.

The fact that these four women, and hundreds of others, are well cared for, like their children, is promising for the future of the communities of Ayalagaya Ward.