In early 2020 we began to have problems with a foul smell coming from the soak away pit at Ayalagaya Secondary school. The soak away pit was overflowing, so we built a 2nd soak away pit to handle the overflow. But then we had the problem again. We discovered our design flaw: 1) the soil has too much clay to absorb the volume of wastewater and 2) the area is low making the water table higher further complicating absorption. With the further addition of the hostels and the high school on the same site, a new plan was needed!

We hired an engineer to design a new system. The systems we had built to date directed waste to a septic tank which then flowed into a soak away pit to be absorbed into the surrounding soil. This has worked well at all the primary schools and dispensaries. However, the environmental conditions coupled with the volume of material at Ayalagaya Secondary necessitate a sanitation system. This system will be composed of two subsystems each encompassing a septic tank that flows into 2 anaerobic tanks. The anaerobic tanks contain bacteria that purify the water. Then the purified water will flow into 10 leach fields providing a much broader and more shallow area for the water absorption and eliminate foul odors because the water is purified. One subsystem will support the boys bathrooms, boys hostel, and teachers’ bathroom, and the other the girls bathroom and hostel. 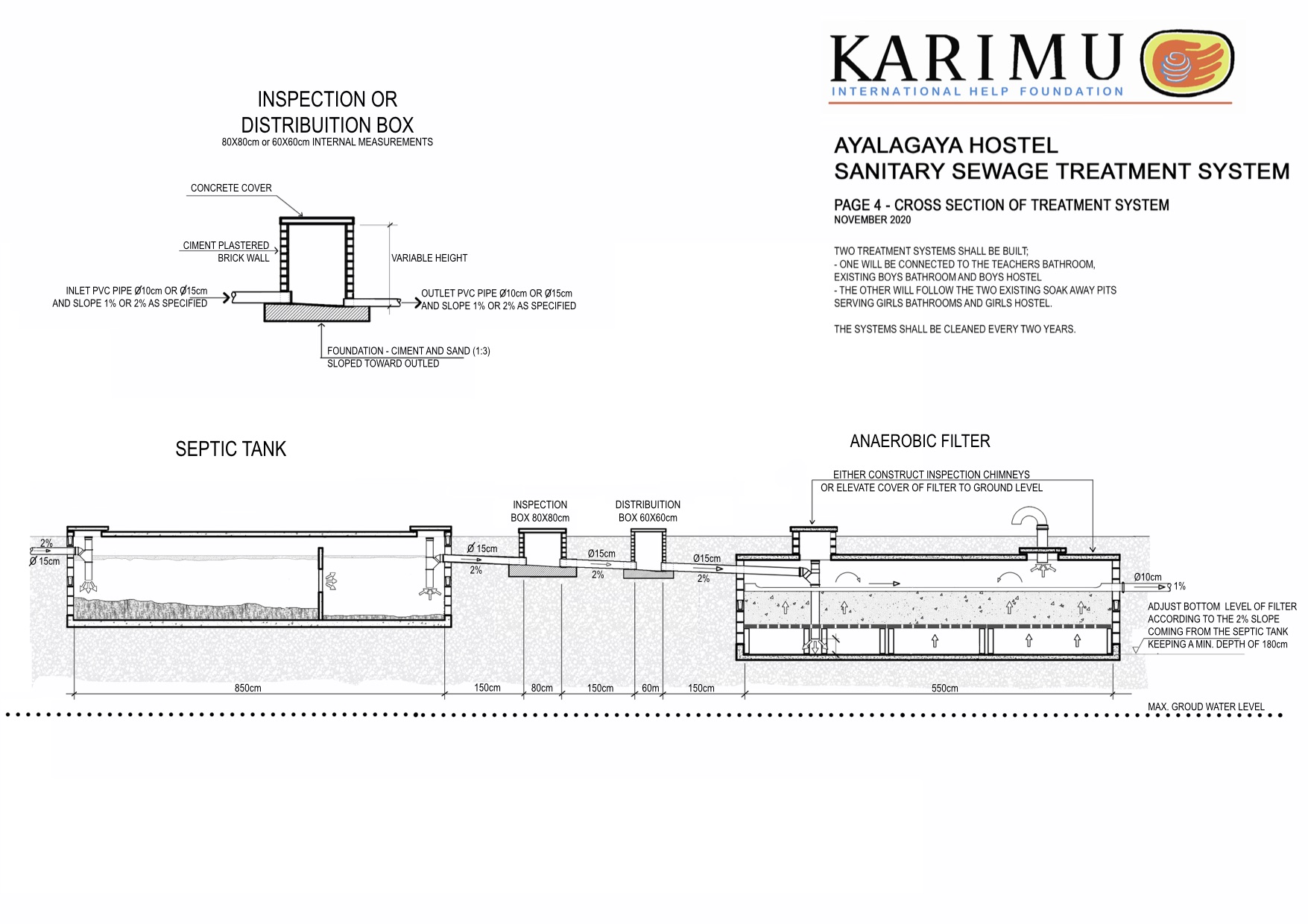 While the system is a huge extension from the original system supporting just the bathrooms, Karimu is paying for the full cost as the shortcomings of this original system were our design error.