Government does not have the funds to supply health clinics with equipment and sufficient medication.

Karimu provides medical supplies to the Dareda Kati Dispensary and the midwives on a regular basis to complement what is received from the government. To ensure our donations are being properly used, we review the records of the Dareda Kati Dispensary on a monthly basis to learn about the number of consultations in the month, the most common illnesses, and how the medicine is being prescribed by the local doctor. This analysis has also enabled us to identify shortcomings in the clinic which we then address through training during Karimu’s yearly volunteer trip.

In 2018, the maternity clinic received digital blood pressure machines, pulse oximeter devices, digital thermometers and material such as steristrips, scalpels, tweezers, nitrile gloves, catheters, tourniquets and urine dipsticks for protein and glucose, among others. The clinic also received two donations of medicines each of which lasted about 2 months (the remaining of the year are provided by the government).

In 2020, Dareda Kati Clinic received a large donation of medicine that should cover the clinic operations for approximately 3 months. In addition Karimu made numerous donations in support of COVID-19 prevention including personal protective equipment and sanitation supplies to all dispensaries in Ayalagaya and Arri wards plus to the Manyara Regional Hospital. Additionally, Karimu donated patient intake supplies such as thermometers, buckets with faucet and stands for handwashing, liquid soap and soap containers, and hand sanitizer and dispensers.

In 2021, Dareda Kati Clinic received the donation of a blood pressure cuff and gloves for cleaning. Dareda Kati, Gajal, Arri-Tsaayo, and Dohom clinics received medicine including anti-inflammatory, analgesic, vitamins, antipyretics and antibiotics that should last each 3-4 months. Many clinics, inside and outside our service area, received equipment and supplies to help them implement the Integrated Management of Childhood Illness training we funded. We also provided additional COVID-19 personal protective equipment to local clinics and to Managha Regional Hospital. As part of the health interventions for syphilis and anemia during pregnancy, we provided test kits and equipment. 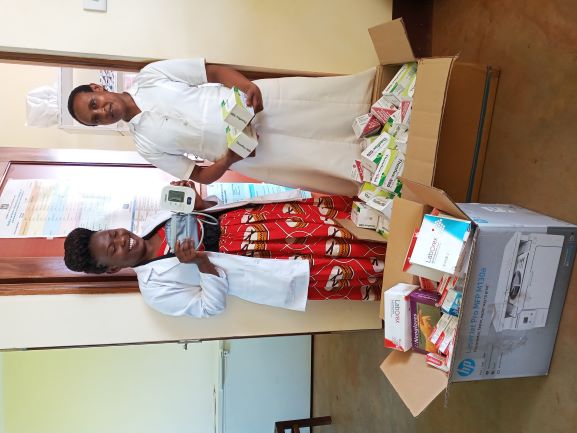 A dispensary receives medication and equipment.

In 2022, Dareda Kati, Gajal, Dohom, and Arri-Tsaayo clinics and Manyara Regional Hospital received additional medicine including anti-inflammatory, antifungal, antibiotic, antihistamine, analgesic, vitamins, bandages, and malnutrition supplements (as needed by each dispensary) that should last each 3-4 months. They also received test kits in support of the syphilis and anemia health interventions as needed. The Managha and Tsaayo dispensaries each also received an autoclave for sterilizing equipment.

Dispensaries receive an autoclave and medications. 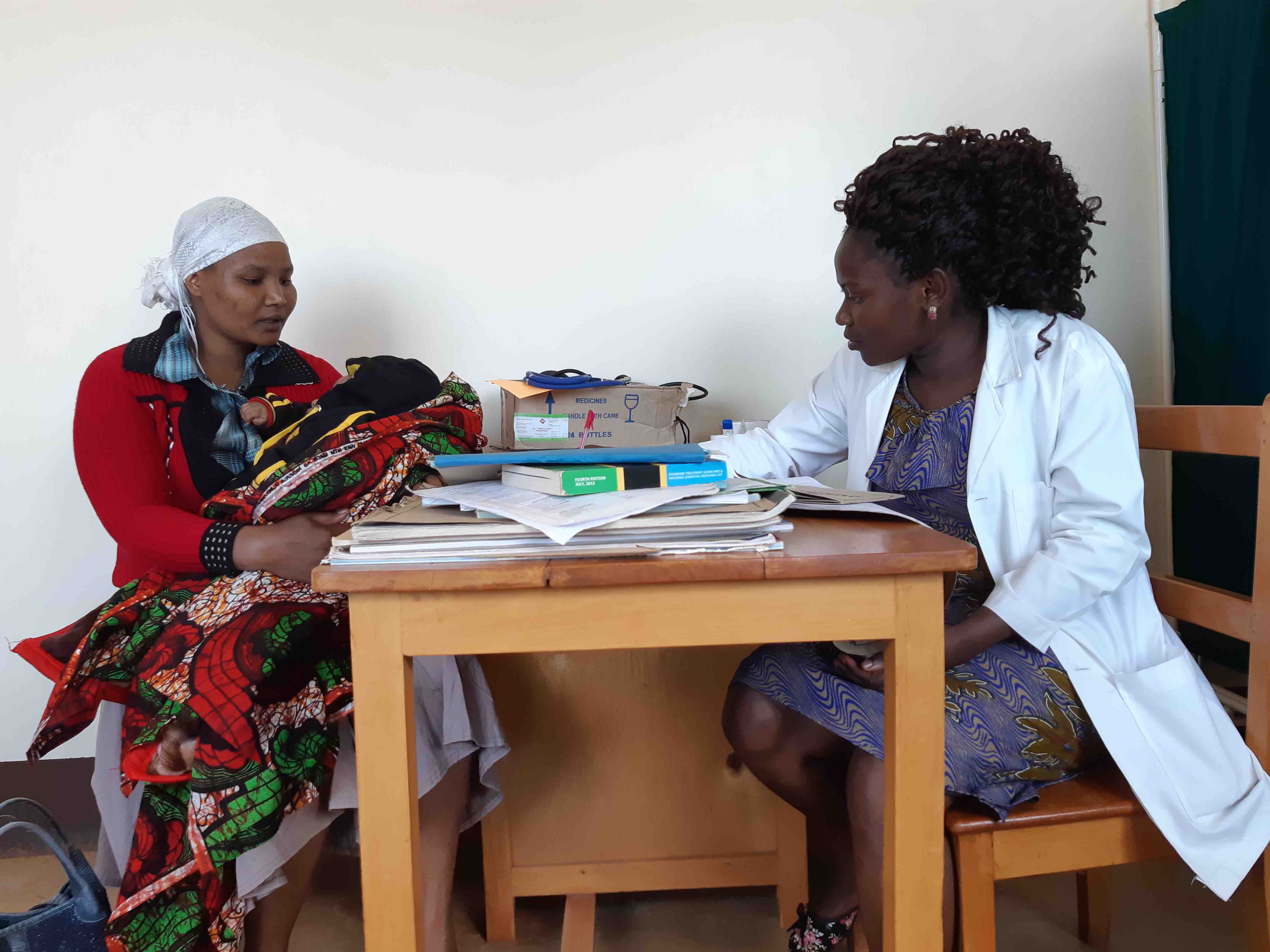